Hello and welcome! My name is Patrick Parr, and I'll be posting here on Thursdays...you know, that day of the week (at least for me) when you're not really sure whether to remain business-like, or leap toward a weekend of absolute excellence...something like that.

I'll info-dump my credentials. This is usually what I send out when I send a story somewhere...give or take a phrase or two.

I have a B.A. in English Literature from Catawba College (Reader: Where the hell is that?), and an M.A. in Writing Popular Fiction from Seton Hill University (R: Popular, my ass...has this guy even been published?) Previous work has appeared in Byline, Amazon Shorts (R: eh, whatever), and Every Day Fiction, among others. Currently I live with my wife in Ellensburg, Washington (R: somebody married this guy?) and teach as an ESL Lecturer at Central Washington University (R: Excellent...a wannabe snobby elitist telling me stuff I already know).

As of right now, I've written several novels which would get shelved in the perpetually nebulous category dubbed...Mainstream. Most people, when I tell them mainstream, they just look at me with eyes that say this: So...creampuff literary? Or...what's the matter?...In denial about picking a genre? But it's true. It's my category, and I guess what most of my posts will be about will be (perhaps) clarifying what this means.

Look forward to hearing from you.
Posted by Patrick Parr at 11:56 AM 6 comments: Links to this post

Hello all.
*coughs to clear throat*
I ah, live in Germany with my husband and my two cats, write Middle Grade fiction and animal NF, and am a really nice person. Honest, I am. I mean, I'm honest. And forthright. And now, I'm going to be coming at you on Fridays from Adventures in Creative Writing.
It makes me happy. I love you, you love me kind of thing. Happy.
Anyways, I'm so normal here it's scary. Wanted to be an author since I was five, tried with a picture book when I was in 7th grade (sent it off and everything) but then life kind of got in the way and I got sidetracked. But thankfully Germany made me lonely and (crazy) insecure enough to start to write again, and I got serious about it. Now I've got the perfect agent for me, and we're subbing, and the world is good for approximately 20 minutes of the day before submission angst sets in.
I have a lot of interesting drivel over on the regular blog but I'll try to keep it to properly writery subjects here on ACW. (That sounds like a Root Beer).
I'm glad to be here!
Posted by JKB at 7:03 AM 6 comments: Links to this post

I’m Diane Gallant, and what I write primarily is short fiction, in that mish-mash genre loosely called speculative. It is characters which interest me: people facing remarkable and unusual difficulties in an interesting world.

Unlike many others, I did not know from a young age that I would write. In fact, I wasn’t bitten by the writing bug until I was in my 30s, employed in a non-writing job, married (to a non-reader) with children, and generally not thought of as a writer by anyone. It came – really it did – out of thin air.

For the first few years, I wrote short stories, some of which were published, some of which were shut away in a three-ring binder, never to see light again, and some of which were violently destroyed by my own hand and the delete button. Also during this time I began writing a really dreadful first novel, which I abandoned after 40,000 words. All of this I regard now as an apprenticeship in the craft of writing.

These early endeavors were interrupted for a while when I was bitten by a different bug, one that I did have some prior experience with. The baby bug is stronger than the writing bug (at least for me it is), but unlike writing, it runs its course and goes away. And so for two years I wrote not a word, and then suddenly one day I was writing again. More and better stories, more publications, and my first complete (though still unrevised) novel draft. I also began blogging during this time.

Adventures-in-Writing begins precisely at a time when some important questions about writing are demanding answers: Am I to be a short story writer, or a novelist? If a novelist, should I revise my draft, or begin a new project entirely? On which projects do I want to spend time and effort? What, ultimately, is my goal?

I’m looking forward to sharing the adventure.
Posted by Diana at 9:51 AM 4 comments: Links to this post 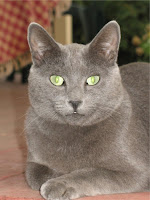 I remember my first tenative steps into the Blogosphere. I had finished my first novel, was half-way through my second, and was already mapping out the third. For some bizarre, unremembered reason, I had decided that I needed to finish the trilogy before I even started looking for an agent. Boy, was I wrong.
The education I received at the Pacific Northwest Writers Association's summer conference last July was staggering. One tidbit dealt with blogs. "START one," the many-titled and much-published author said. So I finally followed dear friend inlandempiregirl's advice, and I haven't looked back since.
I'm just sorry I hadn't realized the value of a blog sooner. It's not about getting your name out there or advertising your "brand" or capturing the most readers -- it is about relationships. I am so thankful for the community I've found of like-minded writers who are down-to-earth and supportive and full of timely advice. These are fellow writers who have shared successes and failures, large and small alike.
And so, I write. I blog. I blog about writing, and I write about blogging. And I focus on enjoying the ride, staying consistent, and persisting regardless. Nulla dies sine linea.
Posted by Alex Moore at 8:03 PM 9 comments: Links to this post

Okay, true enough, but doesn’t have that certain romance to it. What kind of cheese? And if so, do I want to add any wine with it? If I did the title would be too big. Bah! Next!

Meh. The Wife Unit thinks I flirt too much as it is.

Anthony Pacheco: Better Than a Poke in the Eye with a Sharp Stick

Okay, that is good. We’ll save that one.

Ooooooo! But the political context will be lost on ninety percent of the readers, so it would be annoying rather than cute. I like the subtlety---will need to use that later!

True enough, but why bother?

Anthony Pacheco: Can Still Sing the Preamble to the Constitution

Hmm, cute, but that is more about the tools than the production. What did I do, all those years, anyway? Oh, that’s right:

Oh my, there are so many definitions for hack---this is pure goodness. Pure goodness, I say! And besides, if I can’t poke fun at myself, who can I poke fun at?
Posted by Anthony Pacheco at 9:40 AM 3 comments: Links to this post 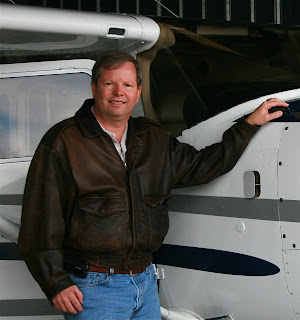 My name is Douglas Perry, and I am a writer. I know that sounds like the opening line you might say at an AA group meeting, but in some ways it's true. I feel like I am addicted to writing.

I always have a notebook with me, so that at the drop of the hat, I can put pen to paper. That's how I write, the old fashioned way, pen on paper. I am not OCD, but I do like specific types of pens (fine gel rollerballs) and specific types of paper (5 subject spiral bound notebooks). More on why later.

I started my career as a classically trained Electrical Engineer specializing in IC design. It's no wonder that I ended up in Silicon Valley working for companies building chips, and the software that's used to create them. 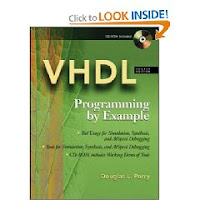 I actually published my first textbook in 1987. It was a nonfiction thriller, OK, thriller might be overstating the fact that it was a textbook, but it did sell over 60,000 copies.

I think in some ways writing has been in my blood. I have an uncle who at one point in his career was the Vice President of Marketing for the Chicago Tribune, and later owned newspapers in places like Nashville, Tennessee. Another uncle was the Dean of Journalism for Kent State. He was unlucky enough to have been on campus when a number of students were killed during race riots. He had to be escorted from his office by armed guards.

I started writing my first fiction book in 2005. The first version was, if I'm being honest, horrible. But it did allow me to learn about the writing process, come up with a style, and find my voice. I'm not sure that three versions later if I am done learning, because you never stop learning, but the current rendition is better.

My strength has always been a strong plot. For some reason I seem to have the ability to come up with the unexpected. Of course that's also what I like to read. For me, usually the more twisted, the better.

My weakness has and probably always will be, characters. I'm not an author who could write a story featuring a lesbian, hare-lipped, one-legged FBI agent, who likes to water ski. My characters are weaker than I would like, but this is an area that I am working very hard to fix.

So who do I aspire to be like? My favorite author is Michael Crichton. Even though he didn't have the most dynamic characters, or the most literary prose, his blend of technology and story fascinated me. He liked exploring the unintended consequences of technology, and so do I.

Over the past few years I have created my share of query letters, received my share of rejection letters, listened to hundreds of hours of podcasts, read tens of books, and attended writing conferences. I hope that I can share my experiences in a way that will help you become a better writer, and maybe even get published.

All things are possible to those who dream big, and focus their energy to follow that dream no matter where it takes them.
Posted by Douglas L. Perry at 5:52 PM 7 comments: Links to this post

We're Up and Running

This is a preliminary and brief post, designed to ensure the stiff muscles are properly warmed before real writing commences. It will no doubt be deleted within the fortnight.
Posted by Alex Moore at 7:15 PM 4 comments: Links to this post